Bedbugs are small insects (family Cimicidae) which are found around the world. Recently they have become particularly fond of New York.
Where do they hide?
These bugs can infest any location where people reside such as apartment buildings, offices, and public transportation systems. These reddish brown bugs which are similar in size to a dog tick can hide in multiple areas such as in cracks in walls or in electrical outlets, in crevices of mattresses, cushions and curtains, or in bottom of desk drawers and other pieces of furniture. The females may lay eggs daily in these same areas. It's hard to see the bugs unless one is looking for them. Often the first clue to their infestation appears on the skin as bite marks.
What do the bites look like?
The bites can be difficult to distinguish from other insect bites. They are usually a series of red, round, swollen, itchy, painless spots which are in a linear distribution (breakfast, lunch, and dinner) which may occur 1 - 2 days after being bitten. The reactions vary in severity depending on the sensitivity of the individual. The bugs find an exposed surface of skin such as on the arms, legs, neck or face, and then they proceed to inject an anesthetic and an anticoagulant through one tube while they suck up the blood through the other tube. Feeding time takes 5 - 10 minutes to be completed so it usually occurs while one is still for a period of time such as while sitting or sleeping. The satiated bugs then return to their hiding place.
How can the bites be treated?
It can take 3 - 6 weeks for the bites to heal. If the infestation is not cleared new bites may accumulate as the old ones heal. Steroid creams or lotions that contain pramoxine (such as Sarna, Aveeno Anti-itch, Neutrogena Skin-Aid) can help reduce the itching. Antihistamines (such as Zyrtec, Claritin/loratidine, Benadryl/diphenhydamine) may help reduce the severity of the reaction and also reduce itching. It is important to avoid scratching the area as this may lead to infection. If there are signs of infection such as pus-like drainage, pain or increased redness then a doctor should be consulted.
Do bedbugs carry any diseases?
This topic is currently under research. Hepatits B virus has been found in the droppings of bedbugs, but a higher incidence of the disease has not been associated with a bedbug infestation in the areas studied so far. In South and Central America, the bugs have transmitted the parasite Trypanosoma cruzi which causes Chaga's disease. There has also been some speculation about an association with these bugs and asthma in some countries. In general however bedbugs are not known for transmitting any widespread disease.
How to manage an infestation?
It is important to identify and eliminate the infestation. For effective eradication, it is recommended that a licensed pest control service be contacted to inspect and treat the area. There is no need to dispose of furniture once treatment has occurred. Clothing and linens can be adequately treated by washing and drying them in the hottest setting that the fabric can withstand.
If you would like to see these critters in action, here are some videos for you.
National Geographic Video on Bedbugs.
BedBugs! Attack!
Jon Stewart's piece on bedbugs.
For more details, see this bedbug fact sheet.
Posted by Dr. Taraneh Razavi at 5:31 PM 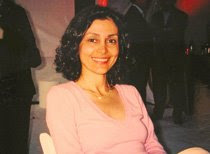